In the pandemic era of COVID-19, time moves in a strange fashion, so perhaps it’s fitting that M. Night Shyamalan’s next movie, Old, centers on a mysterious island where people age an entire lifetime over the course of one day. Following its unveiling on CBS during Super Bowl LV, the new teaser for Old can now be viewed online, along with its eerie poster artwork.

Written and directed by Shyamalan, and based on the graphic novel Sandcastle by Pierre Oscar Lévy and Frederik Peeters, Old is slated for a July 23rd theatrical release from Universal:

“This summer, visionary filmmaker M. Night Shyamalan unveils a chilling, mysterious new thriller about a family on a tropical holiday who discover that the secluded beach where they are relaxing for a few hours is somehow causing them to age rapidly … reducing their entire lives into a single day.

Old is a Blinding Edge Pictures production, directed and produced by M. Night Shyamalan, from his screenplay based on the graphic novel Sandcastle by Pierre Oscar Lévy and Frederik Peeters. The film is also produced by Ashwin Rajan (Glass, AppleTV+’s Servant) and Marc Bienstock (Glass, Split). The film’s executive producer is Steven Schneider.” 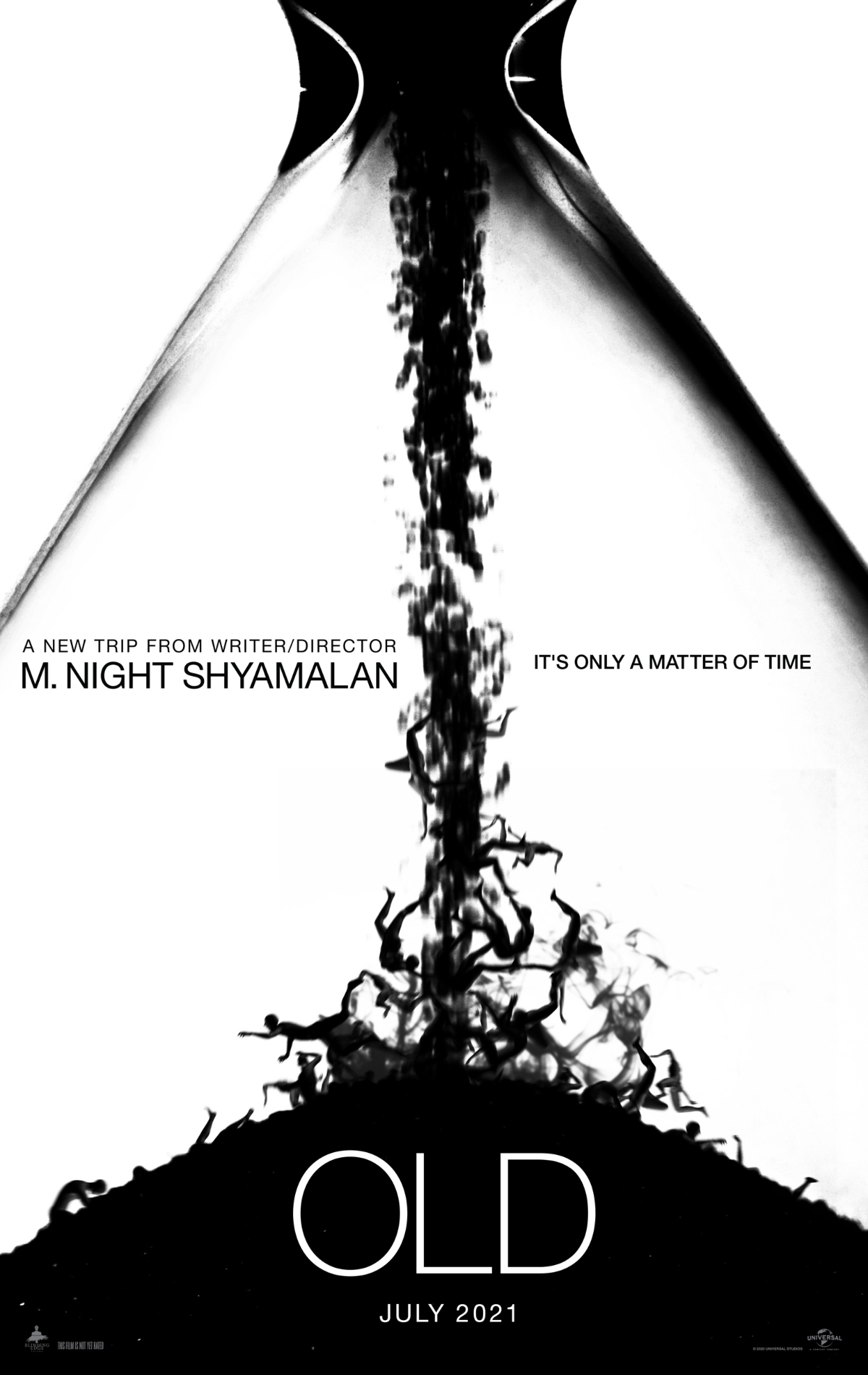