Described as a continuation of Andrew Fleming’s The Craft (1996), Zoe Lister-Jones’ The Craft: Legacy will be released on premium VOD beginning October 28th via Blumhouse and Columbia Pictures, and you can invoke the spirit with a look at the first trailer:

Press Release: Culver City, CA – September 29, 2020 – Blumhouse Productions and Columbia Pictures announced today that The Craft: Legacy will be available widely on PVOD this Halloween with leading digital retailers for a 48-hour rental period at a suggested retail price of $19.99, and for premium digital purchase at a suggested retail price of $24.99. An international theatrical release is anticipated in several territories, with details to be solidified in the weeks ahead.

Zoe Lister-Jones’ film, from Blumhouse and Red Wagon Entertainment for Columbia Pictures, is a continuation of the cult hit The Craft (1996), in which an eclectic foursome of aspiring teenage witches get more than they bargained for as they lean into their newfound powers. Written and directed by Zoe Lister-Jones, the film stars Cailee Spaeny (Bad Times at the El Royale, On the Basis of Sex), Gideon Adlon (The Society, Blockers, The Mustang), Lovie Simone (Selah & the Spades, Greenleaf), Zoey Luna (Pose, Boundless), Nicholas Galitzine (Cinderella), with Michelle Monaghan and David Duchovny.

“I’m thrilled to be able to share The Craft: Legacy with audiences all over the world this Halloween,” said the film’s writer and director, Zoe Lister-Jones. “It’s been a true privilege to take on such an iconic title. I can’t wait for the world to meet the incredible young women who make up our new coven.”

“Zoe Lister-Jones has put a bewitching twist on continuing The Craft franchise, and October is the perfect season for it,” said producer Jason Blum. “We’re thrilled that our partners at Sony Pictures are looking at the landscape opportunistically this Halloween, for audiences to watch at home in the U.S.” 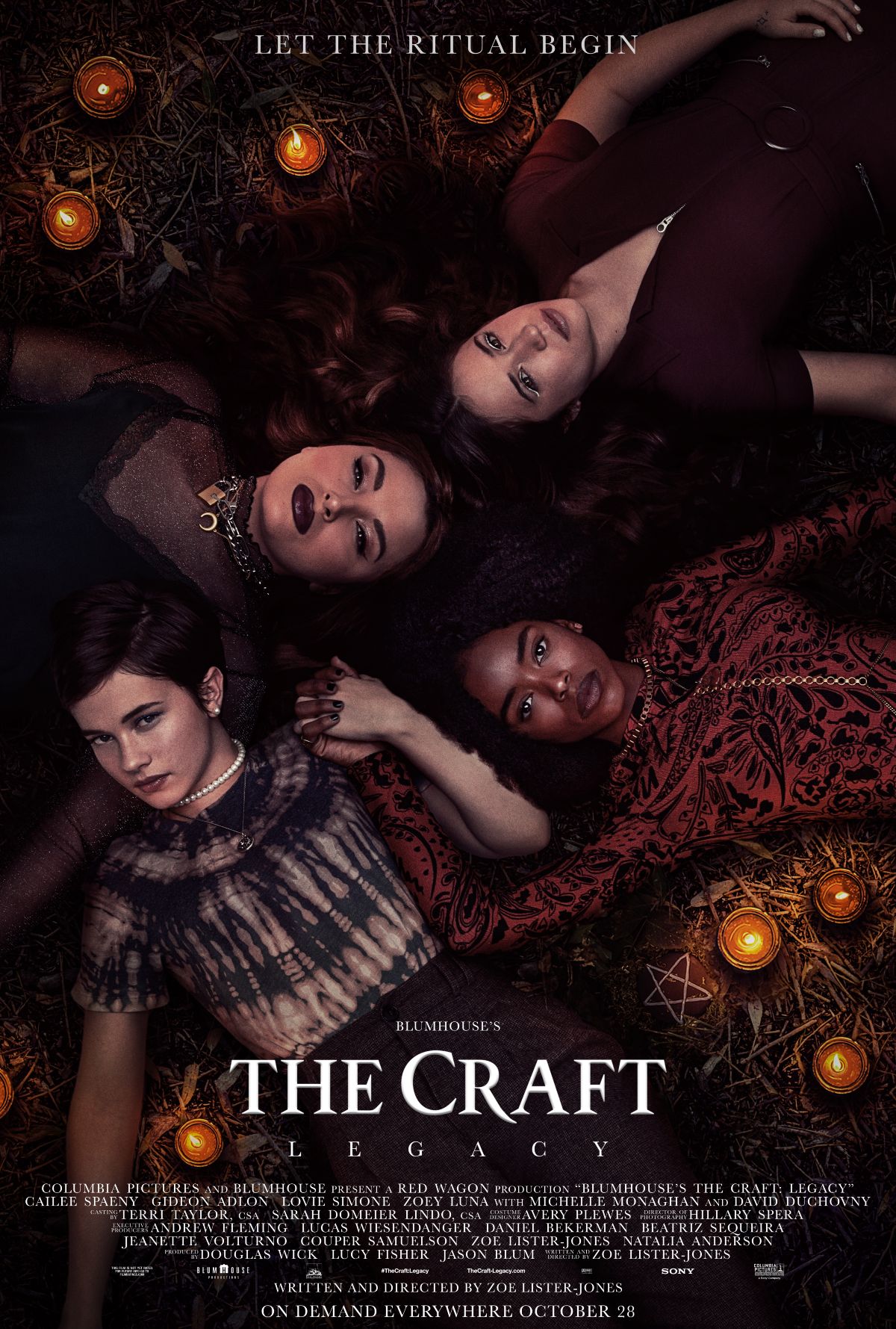 It is fatal to enter any war without the will to win it.