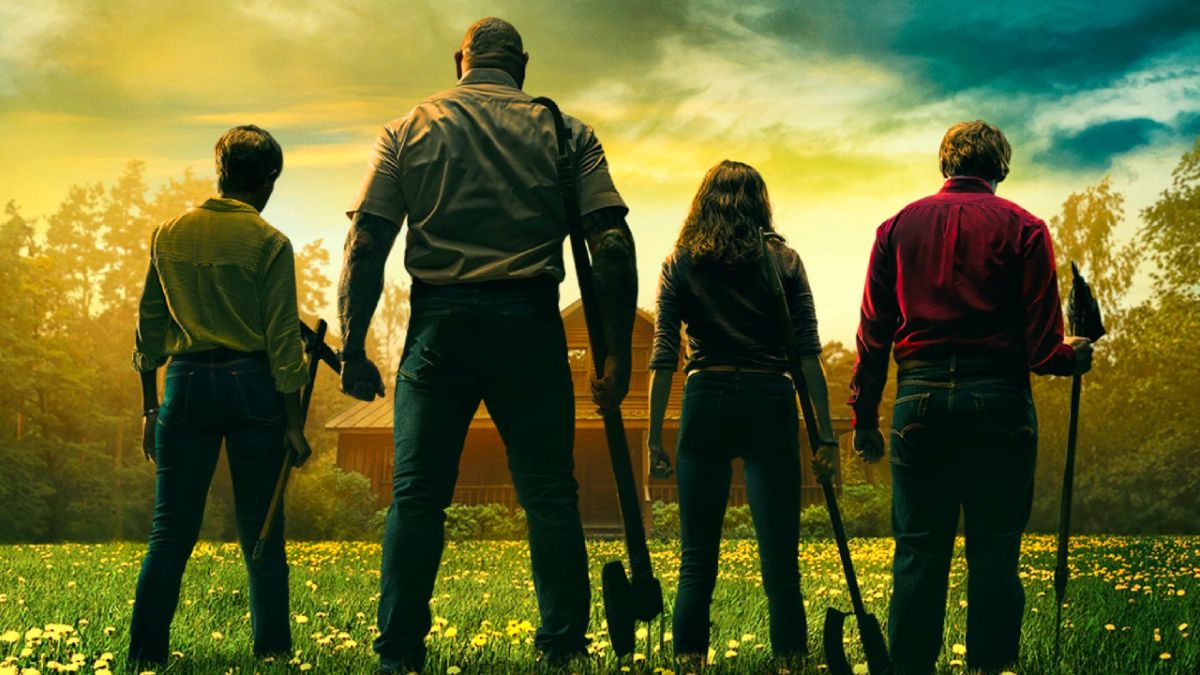 In the wake of a new M. Night Shyamalan film getting announced, there is always a wave of curiosity. And it’s not because he’s a critically acclaimed maverick that’s enchanted the entire world. It’s because there’s no way to tell whether you’re about to see a genre-smashing masterpiece or one of this generation’s greatest cinematic pieces of shit.

No director has mastered the arts of both genius and complete filmmaking illiteracy quite like the Indian-born auteur. If you haven’t watched a movie since 2002, then you’ll likely  be unconditionally in love with his work. The Sixth Sense, Unbreakable and Signs proved so triumphant a triumvirate that Newsweek emblazoned the director on their front cover and declared him “the next Spielberg”. Whoops.

In 2004, The Village came out. It was bad. Lady In The Water followed. It was incomprehensible. Then The Happening. It was the funniest accidental comedy you’ll ever watch. By the time The Last Airbender was welcomed with the kind of goodwill usually reserved for papercuts, M. Night Shyamalan had completed the most drastic tumble from “I will see anything with his name on” to “If I could get a restraining order against a man I’ve never met, then I would”.

All of that backstory might make this next sentence seem like lunacy. However, bear with us…M. Night Shyamalan’s next film, Knock At The Cabin, looks like it’s going to be good. In fact, it has the potential to be great.

Based on The Cabin At The End Of The World by Paul G. Tremblay, Knock… will tell the story of a family of three holidaying in a remote shack for some seclusion and R&R. However, they’re quickly taken hostage by a gang led by the enigmatic and evangelical Leonard. The bible-thumping muscle man (come on, we all know one) cryptically states that their prisoners will have to make the most harrowing of choices so that humanity can stave off the apocalypse. It’s all very ambiguous – yet tantalises us with just enough promise to give us hope for how it’ll turn out.

Let’s start with the original novel. The Cabin At The End Of The World has been embraced by pretty much everyone who’s read it as being a very good book. The Verge’s 2018 review called it “a terrifying home invasion [tale] with apocalyptic overtones”, adding: “Tremblay has penned a story that’s not only a nightmare as it plays out on the page, but one that’s grimly reflective of the times that we live in.” Its writer won his second Bram Stoker Award for Best Horror Novel a year after its publication, while Stephen King called it “thought-provoking and terrifying”.

Of course, the blemish on the otherwise rosy portrait this paints is that M. Night Shyamalan knows how to fuck up even with the most promising of source material. Let’s defer to the aforementioned Last Airbender, which reduced Avatar: The Last Airbender – one of American family TV’s most stunning and heartfelt feats of animation – to penile haircuts and “earthbenders” taking five minutes to lift up a pebble and lob it. The flip-side of that, though, is that Cabin… looks primed to tell an intimate, psychological story: far better suited to Shyamalan’s strengths than no-holds-barred Hollywood fantasy.

Since his nadir days in the late 2000s and early 2010s, Shyamalan has actually snuck out a couple of returns to form. Namely, 2015’s The Visit and the following year’s Split – and neither of them were big-budget, mainstream-baiting blockbusters. Despite his early propensity for churning out acclaimed and money-making hits, Shyamalan was always too stubborn a visionary for the more large-scale (and therefore more collaborative) productions that followed The Sixth Sense and Unbreakable. As The New York Times summarised in 2008: “After the success of The Sixth Sense, [Shyamalan] criticised Disney executives, dared to compare his talent to Steven Spielberg’s and Alfred Hitchcock’s and has steadfastly asserted his reputation as an outsider by refusing to move from Philadelphia to Hollywood.”

Knock At The Cabin is transparently not a blockbuster. Although its budget is yet to be revealed, it’s a thriller set in a shed. Making it definitely didn’t break the Universal bank. Shyamalan is the director, screenwriter and producer and, according to the man himself, penned and filmed the flick at lightspeed, with minimal bigwig interference. This is good news that evokes the approach of his more cheap and cheerful modern successes.

Of course, these are traits that also apply to Shyamalan’s last film, Old, which was met with mixed reviews upon release. However, there is a difference-maker: Knock…’s sole A-list star, Dave Bautista. The wrestler-turned-actor has spent the last decade proving he’s the best of his breed. After all, there’s no way The Rock could communicate the quiet heartbreak of Blade Runner 2049’s Sapper Morton, nor could John Cena ever look savage enough to be as spine-chilling as Beast Rabban in Dune. The ex-Animal is also famously picky with his projects (he recently told GQ: “Before I left WWE [in 2010], Stone Cold Steve Austin pulled me aside and said, ‘You’re going to get offers for horrible scripts. The money will be tempting. Don’t get caught in that trap’”). In fact, he really hasn’t been in many bad films, if you value Rotten Tomatoes’ validations.

So, it is with the most cautious optimism conceivable that we suggest there’s a strong chance that Knock At The Cabin will not suck. Of course, no film is infallible, and sometimes all the greatest talent in the world at the right time can still fall through the cracks and leave behind a stinker. Yet Knock… has the perfect kind of subject matter and behind-the-scenes setup for its mastermind, as well as the right star, to well and truly flourish. All we can do now is hope and pray this article won’t come back to bite us in a couple of weeks’ time…

Knock At The Cabin is released internationally on February 3

Louder Sound – Why Knock At The Cabin might just be the proper comeback M Night Shyamalan needs
Author:
Go to Source
January 23, 2023

HÅNDGEMENG Brings Hardcore Into Space With “The Astronomer”

DESTRUCTION Stays Fast For The Kids

Chelsea Grin Drop “Sing to the Grave” from Forthcoming Album, Suffer in Heaven