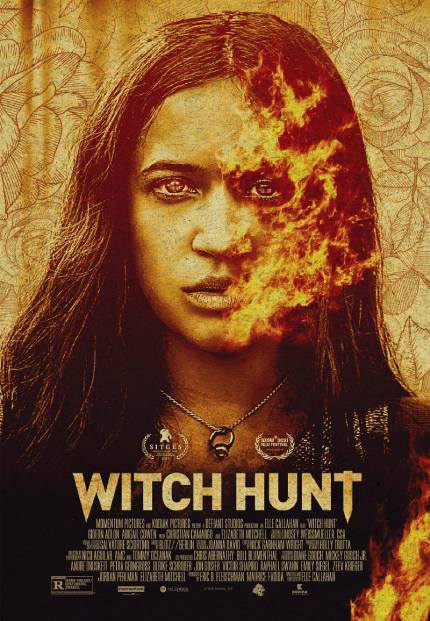 In a modern America where magic is real and witches are persecuted by US authorities, teenager Claire and her family are part of an intricate network that helps these women escape across the border to seek asylum in Mexico. However, when their mode of transport is disrupted by federal witch hunters, trouble befalls the family as they struggle to hide two young witches within the walls of their home. As witch hunters close in and strange magic begins haunting the family, Claire discovers that she may have more in common with these witches than she could have ever imagined.

Elle Callahan’s sophomore film, Witch Hunt, starring Gideon Adlon, Abigail Cowen, Christian Camargo, and Elizabeth Mitchell is coming on October 1st. Callahan quietly garnered a lot of attention with her debut film Head Count back in 2018 so we’re interested to see what she’s got with her second film. It was enough to play at festivals like SXSW and Sitges.

The SXSW Midnighter was picked up by Momentum back in June and they’re pushing it out just it time for the Halloween season. The official poster and trailer were released the other day. You can catch up below.